With the many social movements active during the 1970’s and 80’s slowly getting mainstream society used to the fact that people who don’t conform to “normal” expectations might also deserve respect, in the early 1980’s Hollywood began including gay women in its movies – almost getting it right, but not quite. There continues to be an underlying tone of disapproval in the movies listed below, with “safe” storylines written to make sure the production didn’t fail at the box office.

In these movies, there are still men at the sidelines waiting to take over once the woman has gone through her “phase”. And in two cases of movies adapted from a novel, the main lesbian plotline from the original source material is either watered down for general consumption or completely camouflaged to the point where it’s non-existent.

The intertwined lives and loves of three highly-ranked athletes striving for the national team; Chris bounces between the beds of male coach Terry and her female friend, competitor, and role model Tory. From imdb.com

Things start to look up as a very young and tender Mariel Hemingway plays an athlete who finds solace in a fellow pentathlete. “Personal Best “ includes the first girl-on-girl love scene you’d actually want to watch, but lesbians who felt underrepresented found their happiness short-lived once they saw the ending, in which the main character leaves her female lover – who ends up sad and lonely, of course – for a guy.

Miriam, a centuries-old vampire, preys on urban clubgoers with her vampire lover John. When John suddenly ages and wastes away, Miriam casts her spell upon Sarah, a doctor who researches premature aging. This neo-Gothic exercise in style and atmosphere is perhaps most widely known for a lesbian sex scene involving Miriam and Sarah, played by Catherine Deneuve and Susan Sarandon. From imdb.com

No more sad and lonely lesbians! We’re chic, live in elegant New York townhouses and look like Catherine Deneuve and Susan Sarandon! OK, we’re vampires, but still… The movie itself is cheesy, silly and full of 80’s New Wave posers, but the love scene is very tasty and surely Deneuve dies at the end because she’s an evil ancient bloodsucker, not because she’s bisexual…

This film follows the life of Celie, a young black girl growing up in the early 1900’s. The first time we see Celie, she is 14 – and pregnant by her father. We stay with her for the next 30 years of her tough life… From imdb.com

In keeping with the trend towards excising much of the lesbian content out of a movie adapted from a book, Steven Spielberg removes the novel’s passion between two women (Whoopi Goldberg, Margaret Avery) turning their long sexual relationship into one scene that seems more paedophile than homophile. What remains is still a good film, but it has little to do with the gay experience.

A housewife who is unhappy with her life befriends an old lady in a nursing home and is enthralled by the tales she tells of people she used to know. From imdb.com

That fact that this movie is a favourite among many Generation X lesbians is a neat trick, given that the novel’s original plotline about two southern women in love has been turned into a story about two really, really good friends who just happen to spend a lot of time together. A perfect example of how a movie can be used by gay people starved for a depiction of their own identity to fill out a satisfying plot from mere undertones.

Next month:
The New Queer Cinema movement of the early 1990’s (“Go Fish”, “The Incredibly True Adventure of Two Girls in Love”) and the media’s brief flirtation with the Lesbian Chic phenomenon (launched by the Vanity Fair cover of supermodel Cindy Crawford “shaving” k.d.lang) pave the way for new attitudes. Gay women become more attractive to general audiences, appearing in movies as unapologetic protagonists whose sexual orientation is secondary to the plot in mainstream movies. 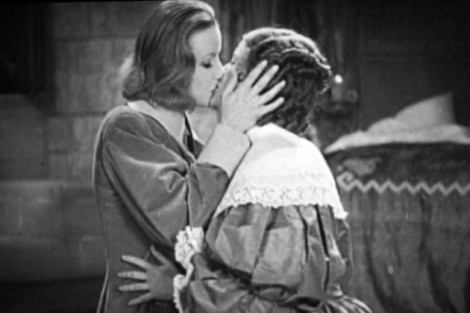 This message is only visible to admins.
Problem displaying Facebook posts.
Click to show error
Error: Error validating access token: The session has been invalidated because the user changed their password or Facebook has changed the session for security reasons. Type: OAuthException Subcode: 460